The remnants of the BP oil spill are still impacting the environment around the Gulf. During a post-response monitoring survey last month, the Florida Department of Environmental Protection (FDEP) found 1250 pounds of submerged oil mats near Pensacola beaches.  The discovery was baffling because the area was surveyed 9 times since the Deepwater Horizon oil in 2010. 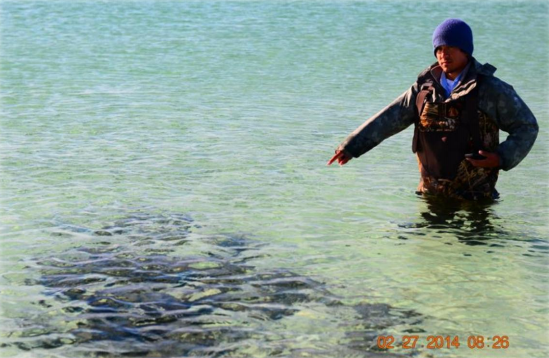 
In segment FLES2-005, several SRBs were found during the initial survey of the segment. Most SRBs were recovered as the team continued its survey. Exceptionally calm conditions allowed the team to survey a few meters offshore and a submerged oil mat (SOM) was found east of the Fort Pickens Ranger Station. The SOM measured about 3 meters by 3 meters in diameter, was up to 15-20 centimeters thick, and was found about 7 meters offshore in water that was about 1 meter deep.