Rigged one-party elections that were boycotted by over half the voting population have finally been voided by Thailand's Constitution Court. The regime of Thaksin Shinawatra now has neither a democratic mandate, nor any legal ground to continue holding power. 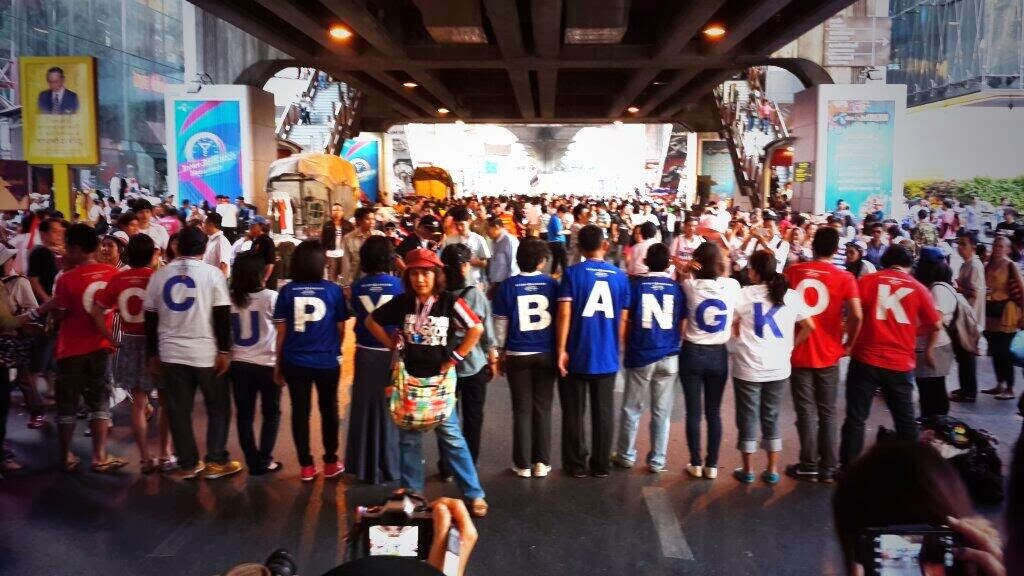 After facing months of growing protests in the streets, Thailand's Constitution Court ruled on Friday that February 2, 2014's elections were invalid since the elections were not completed in one day, as required under law, marking yet another setback for the embattled regime of US-backed billionaire Thaksin Shinawatra. Bangkok Post in its article, "Court voids Feb 2 general election," reported:


According to the charter court, the poll breached the law because it was not completed in one day. Twenty-eight constituencies of 375 nationwide were unable to hold voting because no candidates were registered amid anti-government protests. Under the law, a general election must be held on a single day nationwide.

"The 2013 royal decree on the House of Representatives dissolution stated that the general election must be held on Feb 2, 2014. But on that date, no election was held in 28 constituencies," the court said in a statement.

"Re-elections for the 28 constituencies after Feb 2 are therefore impossible because it would mean the elections were not held on the same date throughout the kingdom."

The Constitution Court hearing was held at the request of the Office of the Ombudsman following a complaint lodged by Kittipong Kamolthammawong, a law lecturer at Thammasat University.

The regime responded to the anticipated ruling by launching a grenade attack against one of the judges' residences the night before the ruling, as well as denouncing the ruling immediately after it was read. The regime claims that the court has no authority to rule on the validity of the elections, but failed to suggest what agency - if any - did. It also claimed that the decision penalized the "20 million" who came out to vote.

It should be noted, however, that the elections were boycotted by over half of eligible voters, and out of those that did vote, many elected to deface their ballots or mark "no vote" in protest of both the regime and the democratic process it has hijacked and hid behind for now nearly a decade of political turmoil.

While new elections are expected to be announced within the next 60 days, the opposition has already made it clear it will once again boycott them.

The Court's Decision Was a Technicality Amid Much Broader Illegitimacy

While the elections were invalidated on the technical grounds that the process was not carried out within a day as required under law, much larger inconsistencies existed that would have voided them had they been carried out in any other nation.

Continue Reading this Article »
Posted by Admin at 7:00 PM