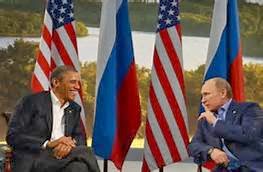 The Committee deciding on the membership of the newly renamed G-7 (which, by the way, bears no relation to the “G” of Freemasonry. How could you even think it?), has judiciously decided that if it is going to begin “getting all moral and keeping tabs on itself”, then it would have to “kick all the members out completely, and probably face a firing squad”.

Evelyn Rothschild commented, “One of our members, who has since ‘regrettably’ perished in a highly strange and certainly accidental heart explosion, pointed out to us that we are Hegelians, and logical consistency is our bread and butter. Not that we eat bread and butter. That would be de classe.”

A few of the formerly pretentious, but now surprisingly self aware nations, have begun to publicly comment on their unastute stance regarding Russia.

Great Britain: "We don't know what we were thinking. After all, we are murderous bastards. Just treacherous! I mean, we're known for that stuff. I guess hypocrisy goes hand in hand with homicide."

France: "We're blaming the United States. They said Putin called us 'Pansy-Frogs'. No one calls us that except our Mummy. Not even our mistresses."