Brawl For Charity: NYPD vs. FDNY 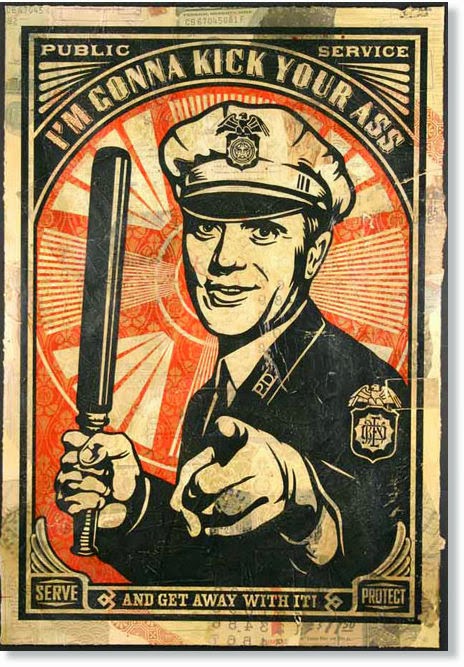 There is an old joke that says, "I went to a fight and a hockey game broke out." Certainly fitting when applied to the latest from New York's annual charity game that sees the NYPD face off on the ice against city firefighters. It could also be viewed as an act of Karma that real public servants (of whom I consider firefighters to be among our very finest) would wind up delivering a couple of beatings to the thugs in blue.

While it is hasn't been explicitly reported, I'm going to take a wild guess that it was the NYPD who initiated the 25-minute brawl that you'll see a piece of in the video below, as this particular police department always seems to be a hair's breadth away from gratuitous displays of violence.

In a final note of irony, the charity event takes place in order to raise money for the New York Police and Fire Widows' and Children's Benefit Fund ... as these peace officers swing at their brethren with bad intentions, surely hoping to create a few more widows and fatherless children.