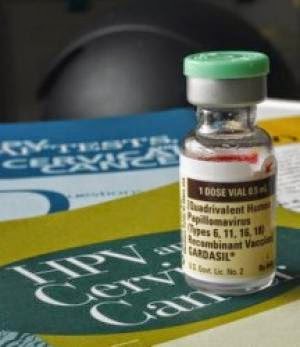 First it was the venerable country of Japan to listen seriously and take action regarding the serious adverse health effects young women were experiencing after receiving the highly touted ‘cervical cancer prevention’ HPV vaccines. Back on February 24, 2014, this writer published an article discussing Japan’s actions; it was “International Symposium about HPV Vaccine Problems in Japan February 25 & 26, 2014.”

My follow-up blog , “HPV Vaccine Harms Have Japanese Demanding No More HPV Vaccinations,” was published on March 31, 2014. Please see SaneVax’s Press Release regarding that historic event in Japan regarding the HPV vaccines.

One of the most important actions taken by the Japanese government as a result of that symposium, according to the Los Angeles CityWatch, is that


Japanese medical institutions are now required by law to inform young girls or their parents that the government does not recommend the vaccines any longer because of their associated adverse effects. [1] [CJF emphasis added. Shouldn’t EVERY health agency and government on the face of the globe do that too?]

As a result of the scientific work presented during the Japanese symposium, medical researchers in France apparently think there is enough scientific information to take initiatives to deal with similar problems in French girls receiving HPV vaccines. As Norma Erickson, President of SaneVax says, “The French government is not only listening to vaccine victims, safety advocates and scientists - they are sponsoring open scientific debates. Open scientific debates must occur in every country in the world,” something this writer has been advocating ever since she can remember hearing of vaccine adverse events happening to infants and toddlers back in the mid to late 1980s.