Webster G. Tarpley on The Jeff Rense Program
rense.com
May 7, 2014 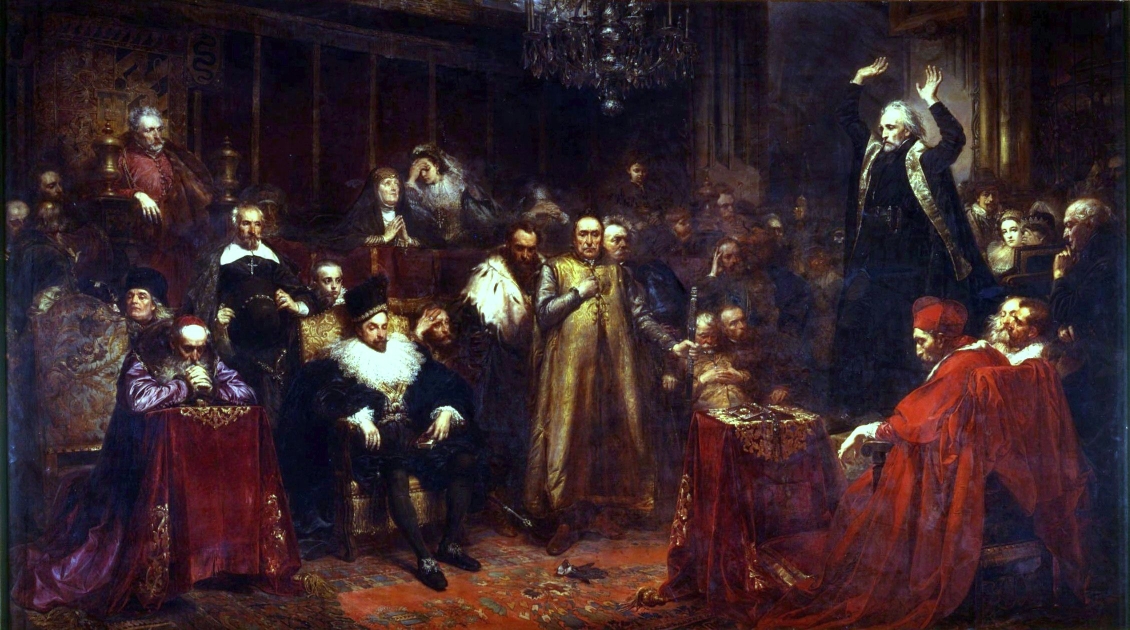 This 1864 painting by Polish patriot Jan Matejko (1838–1893) shows at right the Moses-like figure of Jesuit Peter Skarga (1536-1612) launching a severe condemnation of the princes, cardinals, magnates, and nobility assembled at the Polish Diet. Skarga condemned the magnates for their refusal of reforms to end social injustice and abuses and their lack of patriotism. In the Polish Diet, all measures had to be passed unanimously by the hundreds of nobles present. Cities and towns had no representation. Any noble, and especially a great magnate, could block legislation by invoking what was called a liberum veto or free veto, which also had the effect of invalidating all other bills passed over weeks or months by that gathering of the Diet. Such a veto also broke or exploded the Diet, meaning that everybody had to go home until the following year. Between 1652 and 1764, 48 of 55 sessions of the Polish Diet were exploded. The nobles paid no taxes, and called this their Golden Liberty. Another remedy for disgruntled nobles was to organize armed bands and to wage private war, somewhat along the lines of the armed gang supporting Cliven Bundy. Because of the paralysis and impotence induced by the liberum veto — similar to the Republican use of the filibuster in the US today — Poland, which had been the biggest country in Europe in 1770, had totally disappeared from the map by 1795, gobbled up by more powerful neighbors including Russia, Prussia, and Austria.