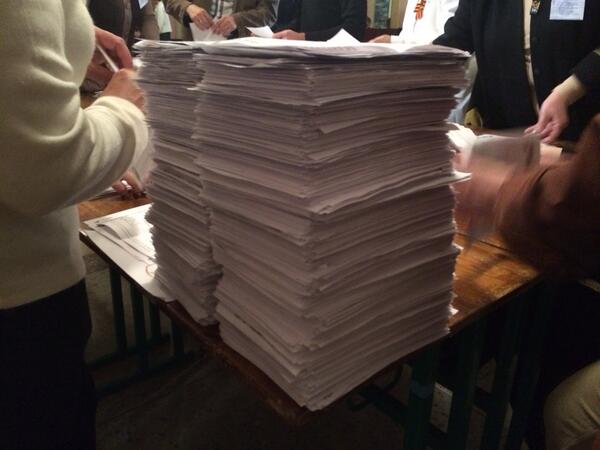 The results of referendums have been announced in Donetsk and Lugansk Regions, showing the majority of voters support self-rule, amid an intensified military operation by Kiev which resulted in several deaths.

Almost 90 percent of voters in Donetsk Region have endorsed political independence from Kiev, the head of the Central Election Commission of the self-proclaimed ‘Donetsk People’s Republic’, Roman Lyagin, announced.

“Counting the ballots proved to be surprisingly easy – the number of people who said ‘no’ was relatively small and there appeared to be only a tiny proportion of spoiled ballots, so we managed to carry out counting quite fast. The figures are as follows: 89.07 percent voted ‘for’, 10.19 percent voted ‘against’ and 0.74 percent of ballots were rendered ineligible,” Lyagin told journalists.

In Lugansk Region 96.2 percent of voters supported the region’s self-rule, according to the final figures announced by the local election commission.

Despite fears that amid Kiev’s intensified military crackdown – which killed at least two civilians on referendum day – the turnout will be low, in both of the region it was unexpectedly high. In Donetsk it reached 74.87%, while in Lugansk the central election commission says 81% of eligible voters came to the polling stations.