Ukraine And Its Position on Brzezinski's Grand Chessboard 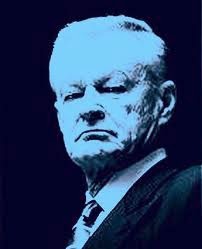 Throughout the conflict currently taking place inside Ukraine, it is often a frustrating ordeal to attempt to explain the hidden mechanisms at work in the battle for the strategically vital European nation.

Indeed, to convey the fact that the initial Euromaidan protests were instigated by the United States and Anglo-European powers in order to gain a strategic advantage over and antagonize Russia is difficult enough.

To further explain that Russia, who has geopolitical and imperial aspirations of its own, is acting defensively in its response to the destabilization efforts while, at the same time, attempting to extend its own level of control over Ukraine, is an equally difficult task.

However, assuming that the complex nature of the Ukrainian situation can be accurately conveyed, one question that almost always arises is “Why?” “Why is Ukraine so important?”