ISIS In Iraq and The Path To Iran

Recently, I wrote an article entitled, “The Clandestine Reasons For ISIS Taking Over Iraq,” where I suggested there were at least two possible reasons out of several for NATO powers to direct ISIS fighters in their rampage across Iraq and subsequent seizure of large swaths of territory in that country. 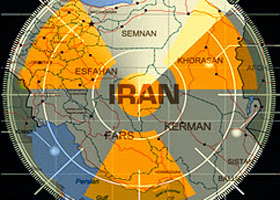 One of the reasons for directing ISIS’ assault against Iraq is the ability to arm the organization with heavy military equipment to then be funneled across the border into Syria for use in that country. Such equipment as tanks, Humvees, and even helicopters could thus be written off as a mistake and not the backdoor weapons transfer that it was.

Second, and more likely, is the possibility that the United States has allowed ISIS to conquer Iraqi territory so as to justify the eventual invasion of Syria in addition to the reinvasion of Iraq. Indeed, any deployment of American troops, airstrikes, or any other type of US military force, will necessitate a battle against ISIS inside Iraq as well as “cross-border” strikes against the organization in Syria. Such “cross-border” strikes would likely be met with apathetic support from the American people since any restraint regarding borders will be presented and then viewed as placing “handcuffs on the troops.”