Syrian Voters Speak For Themselves (PHOTOS) 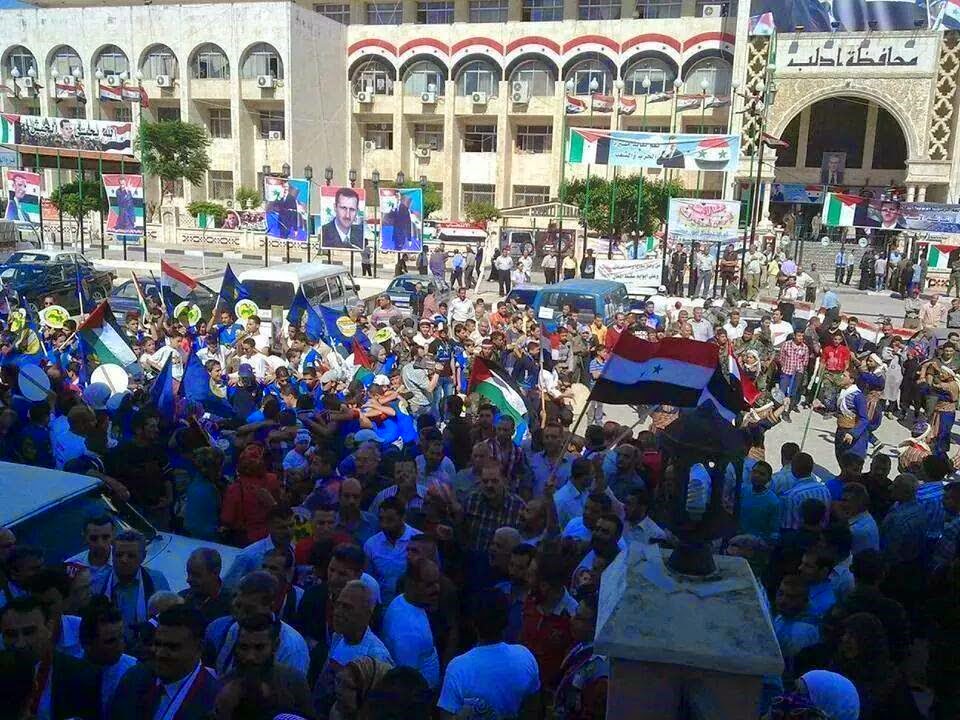 Although Western media outlets are predictably attempting to portray the Syrian elections as “sham elections” or merely the beginning of a corrupted process, the evidence coming out of the country paints quite a different picture.

Despite the propaganda coming out of establishment media outlets like NPR claiming that the almost assured election of Bashar Al-Assad is tantamount to a rigged election, the truth is that the Assad government is widely popular in Syria, a notable consequence of the Anglo-American/Anglo-European destabilization effort.

Assad is one of three candidates running for President of Syria, the other candidates being Maher al-Hajjad and Hassan al-Nuri. Assad is expected to win in a landslide both due to popular support before the destabilization when he was viewed by ordinary Syrians as a reformer of the heavy-handed policies of his father Hafez as well as the even larger amount of support he has garnered as a result of his resilience in the face of the Western onslaught.

It is also important to note that Hajjad and Nuri focused their campaigns mainly on issues such as corruption and basic economic policy, putting them out of touch politically with the average Syrian citizen. Nevertheless, after three years of war, Syrians are ecstatic to finally be able to cast their ballots in the first presidential election in Syria in nearly fifty years.