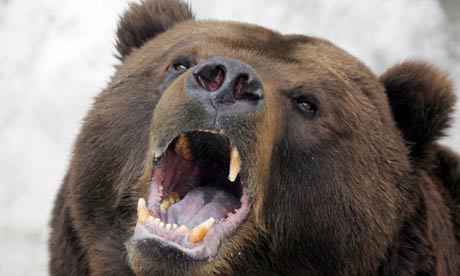 You can tell the West is miffed. And you can tell Vlad is tiffed. The grifter-Zionist-neo-con terrorists are waffling between opposing the Iranian nuclear agreement and trying (still) to topple the legitimate government of the Syrian Arab Republic. While all the hurly-burly is on display, stern-faced Republican apparatchiks vowing to stymy Obama’s planned rapprochement with Iran, the Russian, Iranians and Syrians continue to move forward with the plan that will dismember what is left of the West’s Frankenstein monster – the selfsame monster the West alleges it is fighting.

What are the developments which give rise to such optimism at SyrPer? It should be clear.

1. The governments of the world are beginning to see that breaking relations with Syria is not such a good idea, especially now, when the following is taking place:


1.a. Millions of refugees, not only from Syria, but from Africa, Yemen and Iraq are pouring out into the west looking for haven. A while ago, people thought Turkey was so wonderful, accepting all those asylum seekers and affording them the necessities of life. In truth, the refugees are trying to leave Turkey as they have been subjected to some of the most horrific practices imaginable: rape, forced human organ theft, murder for hire, infanticide – and all this under the direction of the Turk Intelligence Service (the MIT) led by Erdoghani co-criminal, Hakan Fidan.

1.b. It is now clear that the only rational way to get these refugees back to their homeland is to give support to the legitimate government of Syria. Only the government has the institutions requisite for the re-absorption of these unlucky individuals who ran afoul of the terrorist murderers invented by the Americans, the British, Saudi Arabians and French. Now, if the Euro-countries want to avoid the discomfort of more refugees on their lands, eating up their resources, they will have to deal with the only entity capable of cooperating in any such project: the Syrian government.

1.c. Iran is back on line. The Europeans are desperate to build bridges to Teheran for sale of merchandise, technology and the purchase of natural gas. How can that happen if the Euro-countries continue to support those same terrorists who refer to Shi’is as “Raafidhiyya”?

1.d. Even Tunisia is reopening its embassy; so has Sudan and so will Egypt. Iraq, BRICS countries, Czech Republic and others all have diplomatic relations with the SAR. Italy is already pushing for re-engagement. 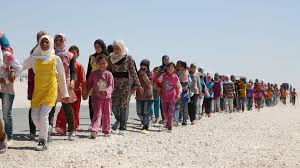 2. Russia is deploying its full military weight to the Mediterranean. It must be pellucidly clear now that Russia views its base at Tartous as crucial to the projection of its power around the world. Russia has given Syria its S-300 anti-missile, anti-aircraft batteries; it has sold a wing of MiG 31B “Foxhounds” to the Syrian Air Force, an interceptor deemed by most experts as the ultimate air supremacy weapon of the 21st Century; Eskandar missiles which can turn the Patriot batteries in Turkey into twisted metal in a matter of seconds; real time satellite Intel; battalions of Russian troops, special forces and advisers; anti-missile and anti-aircraft carrier cruisers like the Moskva and nuclear submarines off the coast of Syria ready to intervene if the criminal in the White House ever falls into the traps laid for him by the Zionist traitor neo-cons; printing Syria’s currency and providing very extensive credit to the government. Robert Ford, one of history’s most prolific war criminals, predicted the economic collapse of the Syrian government —-he was dead wrong.

Moreover, Vladimir Putin, like the American regime, is not hiding his support for the Syrian government. In meetings with the Turk ambassador to Russia and King Abdullah of Jordan, the Russian president has made it all too clear that he will not abide support of terrorism. Russia has a stake in making sure that Islamist terrorism does not succeed. This is a message to the militants in Chechnya. 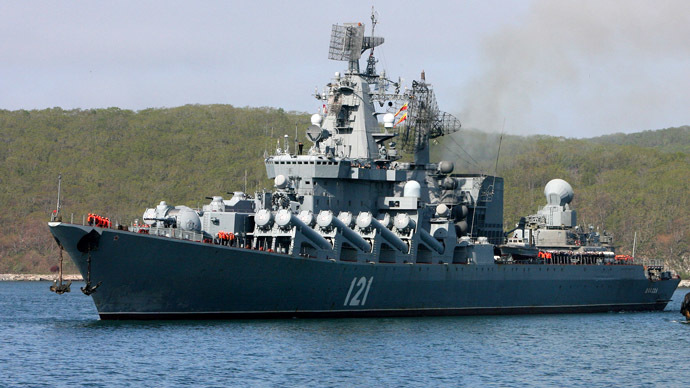 3. Iran has made it obvious that its foreign policy is linked to the destiny of the Syrian government. Not only has Iran been financially bolstering the Syrian economy and supporting the needs of the people, it has deployed over 20,000 trained anti-insurgency fighters who are presently positioned in the Zaawiya Mountains awaiting orders to descend on the Ghaab to exterminate the rodents there. Iran has, also, indebted itself to the Russian Federation by buying new military technology and ammunition for the Syrian Army in exchange for future cooperation on natural gas issues and coordination of foreign policy. If any of the demented think-tank fantasts ever contemplated an Iran distancing itself from Dr. Assad, that imbecile had better revisit the issue because it appears that Iran is even more tied today to the president of Syria than ever before.

4. The Syrian people have figured out what is going on. It’s not Alawis vs. Sunnis. Or Sunnis vs. Christians. What is at stake here is the devolution of the Syrian body politic; the nation’s territorial integrity; the future of Iraq; domination by filthy, rodent-Saudi-apes and Qatari banana-bugs; ten steps back into an historical oblivion tailor-made for Wahhabist troglodytes. The Syrian people have now figured out that their army and government were not paper tigers, as some had predicted without any proof. They have seen the institutions of their country rise up to the task and shatter the dreams of the Islamist reactionary terrorists funded by the worst form of grub ever created – Saudi Arabia and its rag-headed, empty-headed allies.

5. The terrorists who are supported by the homicidal freak in the White House have shown themselves to be hardly the kind of standard-bearers of modernity and justice which they initially claimed to be. To the contrary, they are exactly what the freak in the WH wants: rodents whose only purpose is to destabilize the Near East in order to prevent an Iranian or Russian foothold through the American-guided policy of militarized nihilism. European countries have picked up on this and know they are next in line for mayhem when many of the terrorists come back to their adopted countries. They are now ready for cooperation with Dr. Assad if the rat in the WH stops using coercion to block this process. The French are on the American side, no matter what, because Hollande is desperate for Saudi economic help – but – his situation is like Erdoghan’s, both leaders unable to shift the unstoppable process of internal degeneration. Yet, we are seeing a turn-around in German foreign policy, bringing it more in line with that of Austria, the Czech Republic, Serbia and other East European countries with greater experience in the history of the region.

6. Syrian officers are demonstrating greater skill in mounting ferocious attacks against the terrorist, British-supported rodents in both the north and south. Make no mistake about this, Syrian soldiers can feel the improvement in tactics, and, especially, the sea-change in the military arsenal of the country; even though many might be wondering why Syria has not deployed its massive missile arsenal. Yet, with thermobaric bombs, FROGs, Katyushas, and a whole host of newly arrived weapons systems, the field of battle is changing radically. It’s only the spectacle of seeing the United States supporting Alqaeda against its own creation, ISIS, that makes all this particularly entertaining.

7. The alternate media led by an army of prescient proponents of rational foreign policy like Thierry Meyssan, Dr. Webster Tarpley, Brandon Turbeville, Dr. Rick Staggenborg, the Global Research people and Michel Choussadovsky, Pepe Escobar, Tony Cartalucci, Ron Paul, Pennyforyourthoughts, the Saker and, and, and, your Ziad and Leith who will not relent until the last bearded rodent is put to death. And you, the readers, who religiously transmit the learning you have to others in order to convince them that Syria has been victimized by the Zionist-Neo-Cons and their weasels, the Robert Fords, the Hillary Clintons, the Christopher Stephens, the David Camerons and the rest of that sociopathic rabble. People are picking up on a theme. They’re not buying the argument that Dr. Assad is a vicious dictator. Many saw his wife on the cover of Harper magazine and they know he is secular, modern and inclined to give women the best shot at life. This is no war to unseat a dictator. It’s classic neo-colonialism peppered with Zionist money.

8. The BRICS countries, inter alia, have not faltered either. South Africa is on the Iran bandwagon and is considered a staunch defender of the Syrian government. Venezuela has been absolutely, monumentally, solid in support of the Syrian government. The European Union must have taken notice that all South America is either totally pro-Assad, or simply anti-imperialist. The huge market the Europeans crave will hardly be open to them if they persist in following Obama’s dead-end Zionist foreign policy. The Europe of the future, if it is to exist, must unfasten itself from the clutches of Obama and his professional losers in Washington. Old Europe and New Europe have a stake in the continuity of the Syrian government.

9. The Syrian opposition has fallen apart and can no longer provide a fig leaf for American and NATO plans in the region. Besides eating up Saudi and Qatari dollars for lengthy stays in 5-star hotels, they have been exposed as shiftless, feckless, rudderless charlatans and felons who can no more influence the military side of the battle than they can secure permanent residency in the United States. The jig is up. The U.S. and its allies are precisely what they don’t want to be seen as: terrorism supporters and mass murderers. Syria cannot but amass support and sympathy by the moral default of the West.

In conclusion, the indicators are positive today. It’s been 5 years of a litany from the mostly Western Press that “he’s about to fall”, “he’s embattled”, “his regime is tottering”, and so forth and so on, ad nauseam, when the facts on the ground indicate the opposite; it’s the rats and their supporters who are facing the wall which is why they have had to treble their investments in terrorism whilst their economies implode. And now, the Saudis and the Qataris have fallen into the quagmire of Yemen. Tee hee hee. 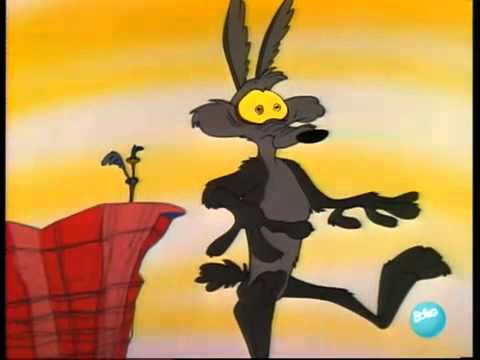 Watch this Nusra nut blow away his own partner with a TOW. A laugh riot:

Watch slaphappy Nusra freaks of nature slapping one another to the sound of ISIS encouragement:

Behold: “Muhammad has been martyred!”. Yawn. Watch the rats get theirs after firing a 23mm at something on the ground:

Watch these rats squirming under the firepower of the SAA.

https://www.youtube.com/watch?v=s63BZJ0xT8M
Read more at http://syrianperspective.com/2015/09/putin-uncorks-the-genie-russian-bear-in-syria-terrorists-embalmed-in-the-fire-of-syrian-air-force-wile-e-coyote-moments.html#Z0udSmXjO3e3StqB.99
Posted by Admin at 5:55 AM